“Many of us forget to be in service to the most important person in our lives – ourselves.” – Earle G. Hall

Do you find vulnerability scary? Have you ever been told you need to become more self-aware? Then today’s episode is for you!

My guest is Earle G. Hall, CEO of AXES.ai, a fintech company present in over 40 countries dedicated to the eradication of money laundering, addictive gambling, and illicit activities.

I took furious notes during this interview because when you’ve travelled to 108 countries like he has, you learn a few things 😉

Earle is Vice-Chairman of the International Gaming Standards Association and a Government Blockchain Association board member. He is a graduate of the Royal Military College of Canada and a Veteran Army Officer. He also holds a master’s degree in Public Administration and has undertaken doctoral studies in Organizational Psychology.

He hails from my home province of Newfoundland, and in this episode you’ll learn:

Click the play button to listen, and don’t forget to subscribe and rate us on Apple Podcasts!

How Vulnerability Inspires Others

The more I showed them my real, authentic, and vulnerable self, the more engaged they became with me and the more productive they became. That’s when I learned that there’s something more to leadership than just giving direction, orders, and getting things done.

Overcoming your fears and insecurities

When you look out to the group and you’re trying to guess everything they’re judging about you, you’re just judging yourself.

So what you can do as a new leader is you can take note of everything you think people are judging you about, because all that is is chatter coming out of your brain. It’s doubt, lack of confidence, self-esteem, and these are the things that you need to overcome to sit inside yourself and just be authentic.

Making the most out of your new leader role

New leaders have a competitive edge. Because when you’re a new leader, you know almost nothing, and so you get to ask questions and learn many things. You get to listen actively and engage with people sincerely.

And when an employee sees a new leader that is interested, engage, and genuinely wanting to understand, that employee will open up their entire knowledge base and hand it over to you for free.

PrevPrevious088 Collaborating With Leaders Outside Your Organization with Jacques Lopez
NextHave An Employee That Does It All? Do This.Next

We're here for you.

Whatever questions you have, feel free to get in touch with us!

Daley & Co is a focused leadership education and training company driven to help develop the next generation of leaders. 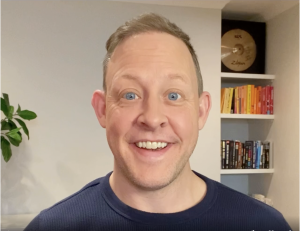 Have An Employee That Does It All? Do This. 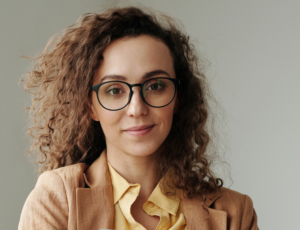 How To Go From Manager To Director in 14 Months 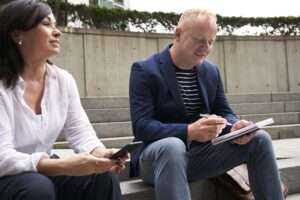 Amplifying The Voice Of Junior Staffers

Get weekly management research, interviews, and distilled insights delivered directly to your inbox.