“Have the courage to be wrong. And right!” – CB Bowman

As a new leader, are you curious about what happens in the C-suite? Interested in learning astute lessons from someone who’s been coaching executives at the highest level?

Today my guest is CB Bowman, who was named one of the Top 50 coaches in the world by Thinkers50. She is a keynote speaker and CEO of Courage Consultant. In this episode, CB will reveal the best lessons she curated from her time as an executive coach – and how new leaders can leverage this into their own world. Don’t miss this one!

In this episode, you’ll learn to:

And a lot more!

Click that play button to listen, and don’t forget to subscribe and rate us on Apple Podcasts!

The way you communicate matters

What’s the preferred way to communicate, not from your perspective but from the perspective of the receiver? If you can adjust the way you deliver information so that it’s received well, then you’re starting to build that credibility. Because people will see that you communicate differently to different people, and they’ll perceive that as respectful. 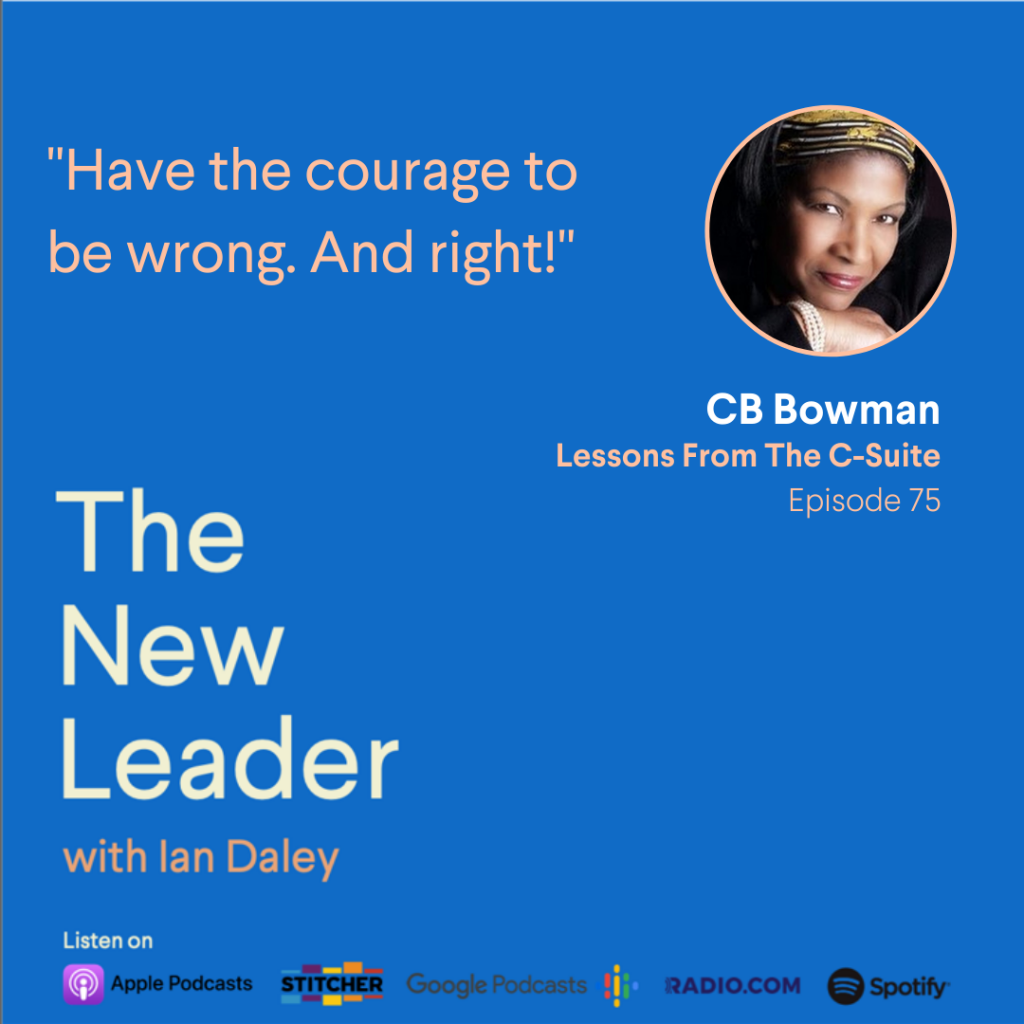 Have the courage to ask

If you have the courage to say ‘I don’t know’, your credibility goes up. It does not go down like most people think, because people can respect the fact that you are willing to learn, you’re willing to hear another voice.

How to Win Friends and Influence People by Dale Carnegie (book)