Today my guest is Vasundhara Sawhney, Senior Editor at Harvard Business Review. We talk about why it’s ok to disagree with your boss and co-workers, and how to do that effectively. I really enjoyed her stories and practical advice. Especially what to do when you have great friends at work – and then become their manager.

In today’s episode, we cover:

If you find this episode valuable, please subscribe and rate us on Apple Podcasts

Why It’s Important to Disagree with Your Boss

Speaking up is important even in your first job. When you disagree with something, it’s important to speak up and let the other person know, and I’m talking about the good fights where you respectfully disagree for a better outcome; it’s a two-way street.

It’s not to say that ‘your opinion is bad’ or ‘you have a crappy idea’, but it’s really about honoring those differing opinions. And they’re good because you might end up with the most fabulous idea ever. 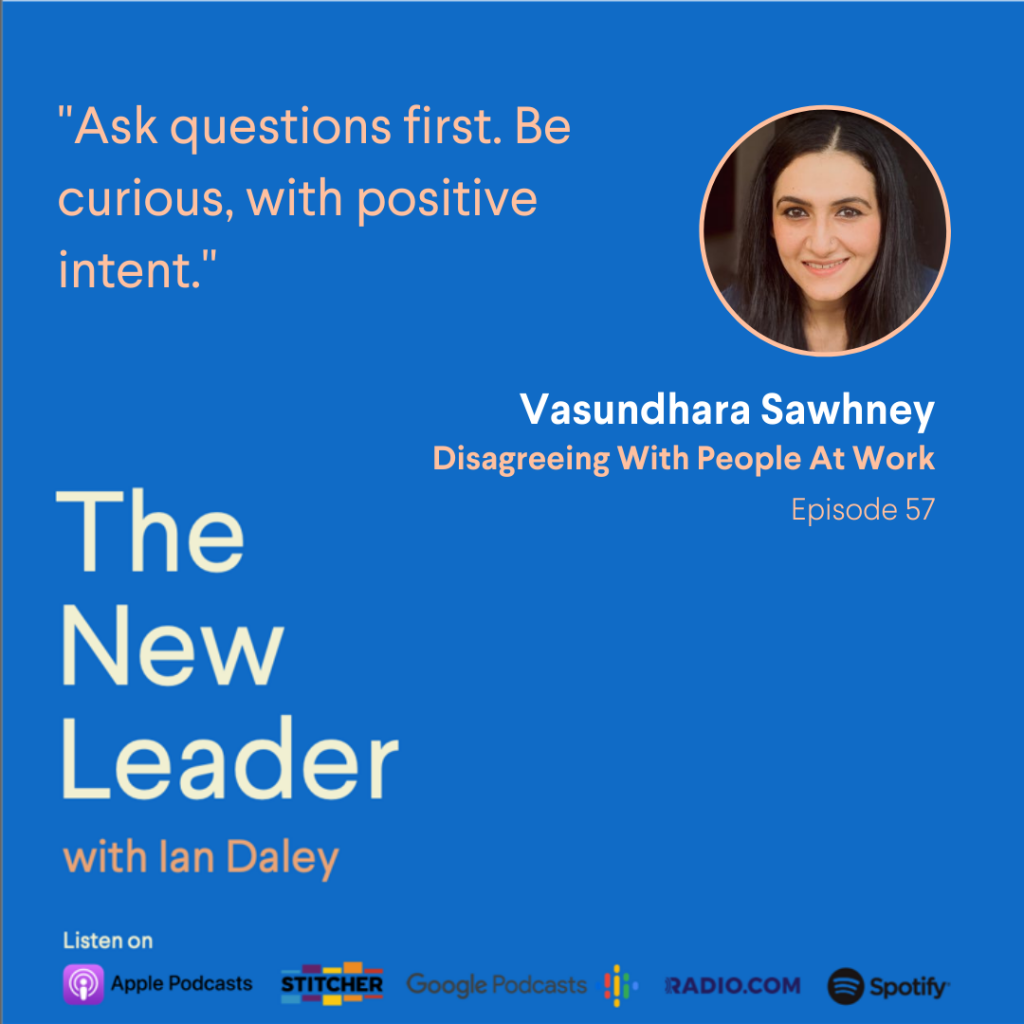 When you’re starting out, it is important to understand that disagreements are, A, inevitable. B, they’re normal. And C, they’re a healthy part of relating to somebody else, and that’s when great relationships are formed.

And if you go in with the thought that you and the other person possess different points of view, or you have different data to argue on, that’s a good thing. You manifest a conversation from a place of curiosity, not disagreement.

How to Disagree with Your Co-workers

First, pick your battles wisely – disagreeing with everything can be seen as being argumentative. If you have an opinion and you strongly disagree, you should present it as support instead of opposition.

For example, instead of saying, “I don’t think this will work,” you could say, “I think that’s a great idea, but how about we try ‘x’?”. So if you present your ideas as support, it’s more likely the other person will also be agreeable to listening to you and picking up on your idea.